A Guide to Lion’s Mane Mushroom (Hericium Erinaceus) - Goodness Me!
Access Denied
IMPORTANT! If you’re a store owner, please make sure you have Customer accounts enabled in your Store Admin, as you have customer based locks set up with EasyLockdown app. Enable Customer Accounts
Home / Goodness Me! Blog
Previous  / Next Willard is a Master Herbalist, and a co-visionary of Harmonic Arts. Yarrow enjoys sharing health-empowering teachings on advanced nutrition, and cultivating a deeper connection with the natural world. He strives to continually update his knowledge in the growing-edge science of natural wellness.

In recent years Lion’s Mane has become one of the most popular medicinal mushrooms, specifically for its nerve regeneration and nootropic qualities. Traditionally, it was eaten to reduce inflammation in the digestive system, and cool gastrointestinal ulcers.

Lion's Mane is sometimes referred to as “Nature’s Nutrition for the Neurons”, and is widely known for its ability to significantly stimulate nerve growth factor (NGF).1 It makes sense that it was traditionally used to calm an inflamed digestive tract, as there are many nerves in this part of the body.

NGF plays an essential role in maintaining neurological health, homeostasis, and modulating the immune system. Deficiency of NGF has been linked to dementia and early stages of Alzheimer’s. NGF is considered a potent antioxidant, and its deficiency has been linked to cardiovascular diseases and metabolic syndromes such as type 2 diabetes. Healthy levels of NGF not only support the nervous system, they significantly accelerate wound healing, reduce ulcerations, and lower asthma-related airway constriction.

Due to Lions Mane's relatively new status as a top medicinal mushroom, there is still much clinical research to be done to support its growing fame as a neurological medicine. Current pharmacological interest and focus has been on two families of compounds:

Erinacines and Hericenones. Erinacines are diterpenes isolated from the mycelium, shown to increase nerve growth fact or mRNA expression, and they are also opioid receptoragonists (potentially beneficial for opioidaddiction).Hericenonesare aromatic meroterpenoidsfound in the fruiting body that inhibitinflammatory transcription factors.2

Both of these groups of compounds are small enoughto pass through the blood-brain barrierand show promising evidence of increasing myelinationand regeneration of nerve cells.

There have been a number of studies done now using Lion's Mane for neurodegenerative diseases such as MS, Parkinson’s, and Alzheimer’s. Results vary, but mostly show strong evidence that supports improved myelination of nerve fibers, as well as suppression of the immune-mediated inflammatory process responsible for chronic brain destruction.

Beyond this, there is much evidence to support Lion's Mane having a regenerative effect on a variety of other forms of nerve damage including sensory neurons.

Lion's Mane has always been regarded in TCM as a happy mushroom, and both clinical and anecdotal evidence suggests that it has significant anxiety and depression reducing effect. This could be due to the opioid receptor agonistic effects of the Erinacines. Many menopausal women that consume this mushroom have also reported it to be helpful with sleep disturbances, anxiety, and hot flashes.

HOW TO TAKE LION’S MANE

To reap the benefits of Lion’s Mane, I recommend taking it as a Concentrated Extract Powder. Since this mushroom was traditionally used as a food, it is safe to consume in large amounts and much of the research has been done using extracts or large amounts of the fruiting body.

Harmonic Arts offers a 7:1 concentrated mushroom powder that is recommended at a maintenance dosage of 1-2g daily. To support a significant health issue such as neurodegenerative conditions, this could be moved up to 3-5g twice daily. 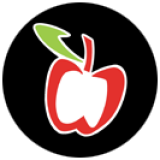