The Truth Behind Oats TROUBLE WHERE YOU LEAST EXPECT IT!

My siblings and I ate it growing up. So did my mom in her childhood. It was a staple in the household back then: inexpensive, humble, healthy and hearty. My kids ate it, too. And now my grandkids; some of them really like it. So when someone is unexpectedly messing with a food – a real food, an innocent food, one that’s been around for a long time, and one that most consider one of the healthiest – then we ought to know about it so we can respond wisely.

So read on…then consider yourself told!

You may or may not be familiar with GMOs: genetically modified organisms. Where fish genes or bacteria genes are spliced into a plant gene to create a ‘Roundup Ready’ crop, that is, one that can tolerate generous applications of the toxic herbicide Roundup. One that could not exist in nature without scientific intervention. Not every food is produced using GMOs. The ones to be aware of include soy, corn, canola, sugar beets (and the myriad of processed foods made with these four), zucchini, summer squash, papaya, tomatoes, and now potatoes and apples that won’t turn brown. So, if you are worried about that (and I am) you can look forNon-GMO Project Verified on the foods you buy, as it is a trusted seal for GMO avoidance. You can also choose those foodscertified organic, and be assured that they contain neither GMOs nor Roundup. And that is good because the key ingredient in Roundup is glyphosate, and there are growing concerns about the dangers of this chemical.

With other foods, ones that are not on the ‘genetically modified’ list, you should be able to relax a little. Shouldn’t you? Well, we thought so. Turns out that is not necessarily the case.

A couple of years ago, the EWG (Environmental Working Group) reported that widespread glyphosate contamination affected oats – humble, nourishing, non-GMO oats - and all kinds of foods made with oats were one of the highest in glyphosate.

Canadians consume about 58 kg of oats per person per year (the second highest in the world). And that includes granola bars, breakfast cereals, cookies, and all kinds of other oat products. Things we eat every day. Things we readily give to our kids. When it comes to glyphosate, we thought we only had to be concerned about GMO foods. Certainly not humble oats! But it turns out that glyphosate has other uses besides as a weed killer for GMO crops. Glyphosate is sprayed on oats to dry the crop before it is harvested. Now that is a cause for concern!

Glyphosate has been linked to digestive disturbances, leaky gut, endocrine imbalances, infertility, mineral deficiencies, and even autism and cancer. In their review of 1000 international studies, the IARC, the cancer research arm of the WHO, calls glyphosate cancer-causing for animals, and “probably carcinogenic to humans”. And pediatrician Dr. Michelle Perro avidly recommends avoidance of glyphosate, saying, “During the past several decades, I have observed rapid escalation in rates of chronic disease in my patients, as well as a host of neurocognitive and neurobehavioral disorders among the children I care for…I am now persuaded that near-daily exposures to glyphosate might be one of the factors undermining the health of our children”.

If you want to avoid glyphosate (and I do), choose organic oats. And organic oat products of all kinds. Chemicals such as this are not allowed in the organic growing process, on any food.

Choosing organic oats assures you that glyphosate and other pesticides and herbicides are never used.

It’s easy to do, and there are many great organic oat products available. Make the choice for organic oats: a safety net for all of us who do not want to expose ourselves or our families to the dangers – both known and yet to be discovered – of glyphosate residues.

Now that you know, make the organic choiceyour number one choice!

For a healthier you! 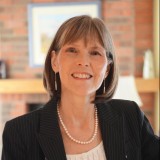