A diet rich in vegetables and fruits is universally recognized to be healthy[i] and health- and environmentally conscious consumers deciding where to spend their food dollars, may well ask: should I choose produce that is organic over conventionally grown?

The standards for organic certification in Canada[ii] are set by the federal government’s Canadian General Standards Board. They outline permitted[iii] and prohibited substances and methods.

Regarding produce, these standards prohibit: all products of and materials from genetic engineering or nanotechnology; irradiation; sewage sludge; most synthetic fertilizers, pesticides, herbicides, and fungicides.

Organic farms are certified by an approved third-party certification body and the standards are enforced by the Canadian Food Inspection Agency.

Studies have show that organic produce has the same amount of vitamins and minerals as conventional produce, so it may be tempting to say they are nutritionally equivalent. However, where organics come out ahead is that they have been shown to have a higher amount of antioxidant phytonutrients.

These potent compounds protect the body against damaging oxidative stress. Many of these antioxidants have been linked to a “reduced risk of chronic diseases, including CVD [cardiovascular disease] and neurodegenerative diseases and certain cancers.”[iv] This certainly provides a nutritional advantage.

Farmers spray chemicals on crops to increase growth (fertilizers), eliminate pests (pesticides) and fungus (fungicides), or even to reduce weeds and facilitate harvest (herbicides). Residues from these chemicals may remain on our food when it reaches our table.

The safety of some of the most widely used pesticides and herbicides may be proclaimed, but studies determining acceptable daily intake are usually conducted on one substance in isolation, not when used together as a formulation.

A 2014 study on pesticide safety found that 8 of the 9 formulations tested were up to one thousand times more toxic than were the single ingredients alone[v].

Some pesticide formulations can also produce toxic breakdown products like dioxin when exposed to sunlight[vi].

Other possible contaminants include toxic heavy metals, such as cadmium which may be found in significantly higher amounts in conventional crop soiliv.

The use of synthetic fertilizers and other chemicals in conventional agriculture has a significant affect on soil and water quality, as well as biodiversity. A 2008 study found that the biodynamic method of long term organic farming promoted soil quality, including beneficial microbes, and fostered natural pest control[vii].

These chemicals can leach into the soil and contaminate groundwater with “potential significance to human health and stream ecosystems”[viii].

Through their very nature, pesticides, herbicides, and fungicides can impact wildlife. A 2011 meta-analysis of 766 studies concluded that organic farming produces more biodiversity than other farming systems[ix].

The development of sophisticated technology has introduced Genetically Modified Organisms (GMOs) to our food system. Whereas traditional plant breeding of food crops (including grafting and crossbreeding) has existed for thousands of years, modern genetic modification is something that can only be done in a lab using biotechnology. It creates combinations of plant, animal, bacteria, and virus genes that do not occur in nature[x].

Despite industry claims otherwise, scientists and scholars have raised concerns about a lack of consensus on GMO safety. In 2015, over 300 independent researchers released a statement indicating that the available body of data is not sufficient to definitively declare GMOs either safe or unsafe[xi].

While crops are most often genetically modified to withstand the use of pesticides [K Shrader-Frechette], most of these foods are used for animal feed or in processed foods[xii]. Most conventionally grown vegetables and fruits found in a produce section are not GMO, with a few exceptions (see below).

Organic standards in Canada and the U.S. prohibit genetic modification in certified crops.

Why Not Buy Organic?

Perhaps the single greatest reason shoppers don’t always choose organic is cost. Since World War II, industrial agriculture has become “conventional” and its products are now more widely available than the organic alternatives (which would have been considered “conventional” pre-WWII).

This combination of lack of supply of organic food with the increasing consumer demand leads to its higher cost. Other reasons include greater costs of production and distribution[xiii]. (Also worth noting is the externalized costs of conventional agriculture, such as environmental impact.)

The good news is that the difference in cost for produce is smaller than for processed foods, and as more people purchase organic food, demand and technology increases, and costs are coming down.

There are many ways to optimize your organic food budget, such as cooking from scratch, buying seasonally and locally, and knowing the Dirty Dozen and Clean Fifteen.

A Shopper's Guide to Pesticides in Produce

The produce section in a grocery store has a wide variety of choices and these foods have very different growing conditions and requirements. Certain crops can be more challenging to grow and therefore may be more likely to be sprayed with chemicals to increase yield.

So how much of this chemical residue is still present on my apple when I take a bite? If we can only afford to buy some of our food organic, which foods should they be?

Since 2004, The Environmental Working Group (EWG), an American non-profit, non-partisan organization dedicated to protecting human health and the environment, has produced a guide to inform consumer choice about organics[xiv].

Pesticide residue of 47 popular fruits and vegetables are ranked based on results of more than 40,900 samples of produce tested by the U.S. Department of Agriculture and the Food and Drug Administration. (While the guide uses U.S. data, the standards for organic farming in the United States and Canada are generally considered equivalent[xv], so we can assume we would find similar results in Canada.)

In the testing process, food samples are thoroughly washed and peeled (if applicable) to replicate how these foods would normally be eaten in an average household.

The full list[xvi] is updated yearly, using available data, but to make it even simpler, EWG provides a shorter list outlining “The Dirty Dozen” (the worst offenders, starting with the dirtiest). These foods include many of the leafy greens (spinach, kale, lettuce) or tend to have thin and perhaps absorbent skins that are normally eaten (strawberries, apples, grapes). To avoid pesticide residue, it is best to purchase these foods grown organic.

At the other end of the ranking is “The Clean Fifteen” (the best of the lot, starting with the cleanest). These foods tend to have thick skins or outer layers that are usually peeled before eating: avocados, onions, cabbage, melons. (Some other foods that are normally peeled are ranked just slightly above the Clean Fifteen list: bananas and citrus fruits such as oranges, grapefruits, and tangerines.) With little to no identified pesticide residue, these foods can comfortably be purchased grown conventionally. The EWG also recommends the following foods, though not high in pesticide residue, be purchase organic:

To reduce your consumption of pesticides, focus on buying the items on the Dirty Dozen list organically. You can generally feel comfortable purchasing those on the Clean Fifteen grown conventionally, if you so choose.

These lists are updated yearly, so be sure to check the Goodness Me blog in March for the 2020 list.

[vi] Formation of dioxins during exposure of pesticide formulations to sunlight. 2012. https://www.ncbi.nlm.nih.gov/pubmed/22516206

[xiii] Why is organicfood more expensive than conventional food? http://www.fao.org/organicag/oa-faq/oa-faq5/en/ 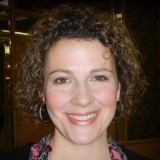 Denise is a holistic nutritionist who helps individuals and families adopt health-supporting whole food plant-based lifestyle. She loves to show others how easy and enjoyable it can be to incorporate delicious vegan food into their eating. Contact Denise here for a consultation: www.denisemassierhn.ca